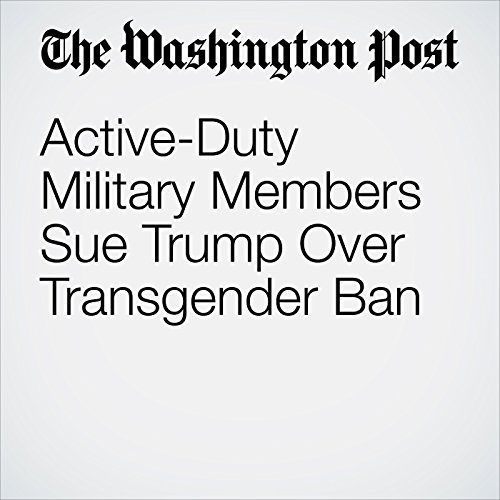 The directive to reinstate a ban on open service by transgender people violates both the Equal Protection component of the Fifth Amendment and the Due Process Clause of the Fifth Amendment to the United States Constitution,” states the suit filed in U.S. District Court in Washington by five anonymous “Jane Does.”

"Active-Duty Military Members Sue Trump Over Transgender Ban" is from the August 09, 2017 Courts & Law section of The Washington Post. It was written by Robert Barnes and narrated by Sam Scholl.