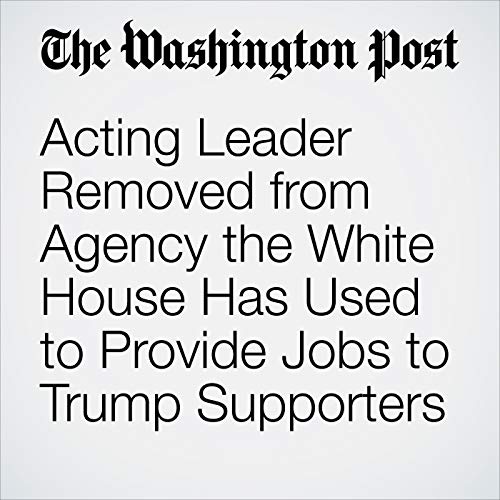 The White House has removed the acting chief of a small foreign aid office less than two months after he was put in place to quell controversy over the Trump administration’s use of the agency as a source of jobs for political supporters, according to interviews and an internal email obtained by The Washington Post.

"Acting Leader Removed from Agency the White House Has Used to Provide Jobs to Trump Supporters" is from the October 18, 2018 National section of The Washington Post. It was written by Robert O'Harrow Jr. and narrated by Sam Scholl.