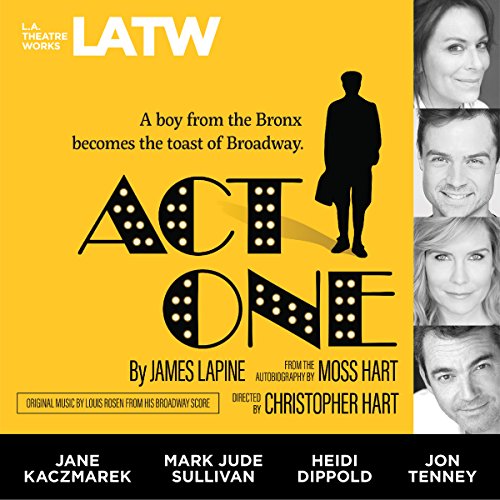 A boy from the Bronx becomes the toast of Broadway. Moss Hart's classic stage autobiography is brought to life, with his son Christopher directing, in a story that illuminates the early years of one of theater's great humorists.

Other roles played by members of the company.

Original Music by Louis Rosen from his Broadway score.

Honestly ....this is by far one of the single best Audible/LA Theatre Works productions I have ever experienced. As a huge Moss Hart fan, I feel more connected to his work than ever before...well done!