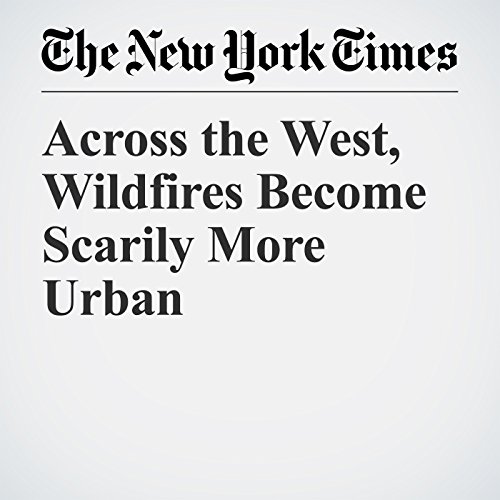 Some fires suddenly exploded in size. One in Montana doubled in 24 hours, charring 78 square miles overnight — an area bigger than Brooklyn, a borough in New York City. Already-burning fires started new ones, shooting embers like artillery barrages, including one that apparently jumped several miles across the Columbia River into Washington from Oregon, breaching a natural firebreak that long seemed impregnable.

"Across the West, Wildfires Become Scarily More Urban" is from the September 16, 2017 U.S. section of The New York Times. It was written by Kirk Johnson and narrated by Kristi Burns.