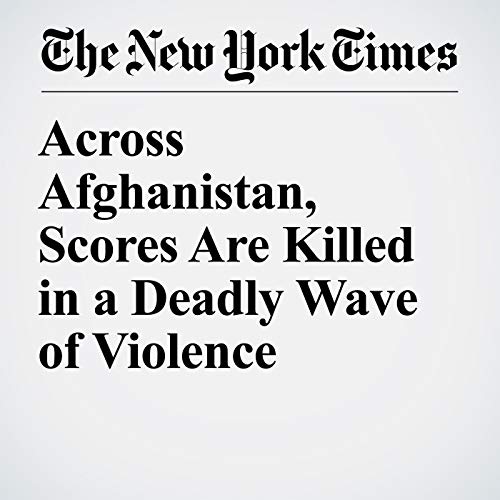 BAGHLAN-E-MARKAZI, Afghanistan — In a chaotic day of violence throughout Afghanistan, scores of police officers, soldiers and civilians were killed by insurgents who, in four separate attacks, overran a major military base, killed a police chief, destroyed a police post and bombed a memorial event.

"Across Afghanistan, Scores Are Killed in a Deadly Wave of Violence" is from the September 09, 2018 World section of The New York Times. It was written by Najim Rahim and Rod Nordland and narrated by Keith Sellon-Wright.

Cosa pensano gli ascoltatori di Across Afghanistan, Scores Are Killed in a Deadly Wave of Violence