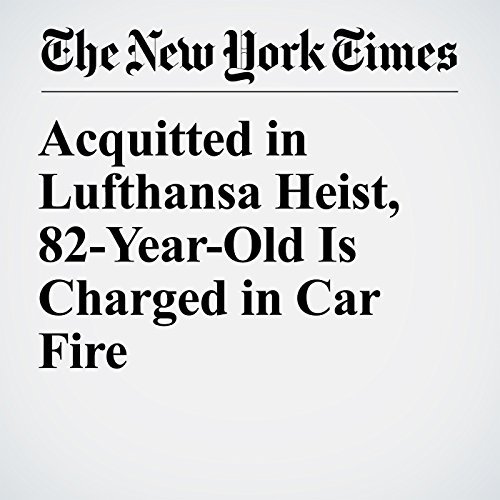 An 82-year-old reputed mob figure who was acquitted in connection with the storied 1978 Lufthansa heist in 2015 was indicted again on Wednesday, this time along with John Gotti’s grandson, accused of conduct as petulant and petty as the $6 million robbery of the terminal at Kennedy Airport was grand: setting fire to the car of a motorist who had cut him off on the streets of Queens.

"Acquitted in Lufthansa Heist, 82-Year-Old Is Charged in Car Fire" is from the March 22, 2017 U.S. section of The New York Times. It was written by William K. Rashbaum and narrated by Keith Sellon-Wright.