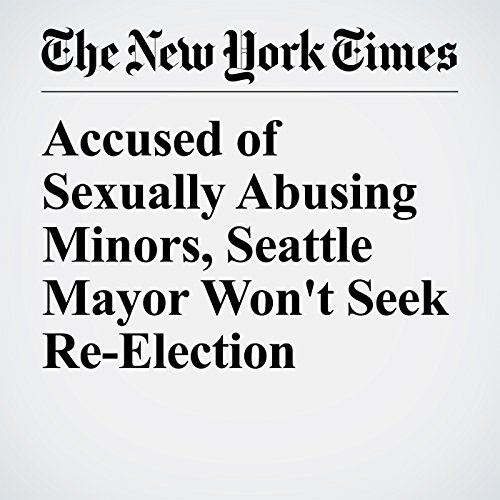 Facing allegations that he sexually abused minors in the 1980s, Mayor Ed Murray of Seattle said this week that he would not seek re-election.Flanked by about two-dozen colleagues and family members, Murray, the city’s first openly gay mayor, announced his decision at a news conference on Tuesday. He said he would step down after one term because he did not want a scandal to dominate this year’s mayoral campaign.

"Accused of Sexually Abusing Minors, Seattle Mayor Won't Seek Re-Election" is from the May 10, 2017 U.S. section of The New York Times. It was written by Jacey Fortin and narrated by Keith Sellon-Wright.