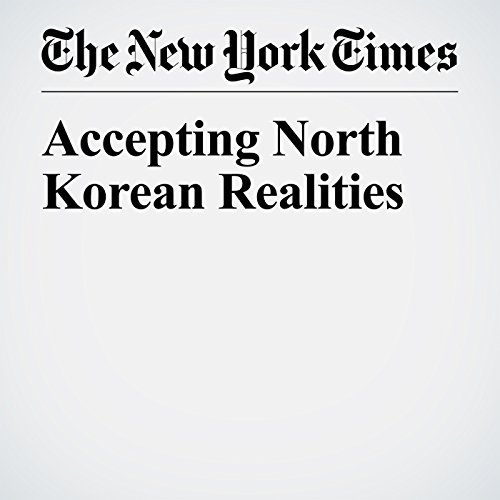 North Korea is not a problem that can be solved. As much as the West may engage in wishful thinking about a revolution, the Kim family regime has survived far longer than almost anyone predicted. Even today, it shows no signs of collapsing, and the North Koreans show no signs of rebelling en masse.

"Accepting North Korean Realities" is from the July 05, 2017 Opinion section of The New York Times. It was written by David C. Kang and narrated by Keith Sellon-Wright.