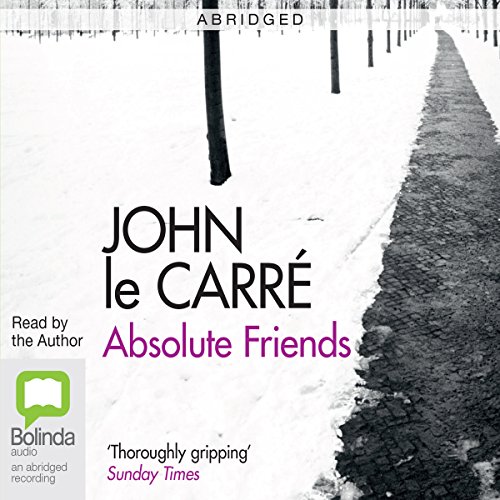 Absolute Friends is a superbly paced novel spanning 56 years, a theatrical masterstroke of tragi-comic writing and a savage fable of our times, almost of our hours.

The friends of the title are Ted Mundy, British soldier’s son born 1947 in a new independent Pakistan, and Sasha, refugee son of an East German Lutheran pastor and his wife, who have sought sanctuary in the West. The two men first meet as students in riot-torn West Berlin of the late '60s, again in the grimy looking-glass of Cold War espionage and, most terribly, in today’s world of terror.

Spanning 56 years, Absolute Friends is a savage fable of our times.

"This is vintage John le Carré." ( The Times)