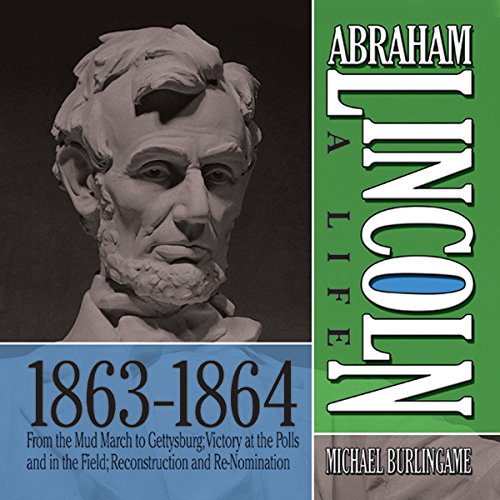 "Go Forward, and Give Us Victories": From the Mud March to Gettysburg: (January - July 1863): Dissatisfaction with the Emancipation Proclamation and lack of military victory heightens the discontent with the administration. Trouble comes with the destructive rivalry within the army and the threat of the French intervening on behalf of the Confederacy. The president's decision concerning the Minnesota Sioux Uprising infuriates the West. Lincoln must decide what to do with a demoralized army of the Potomac. His compassion with the troops increases his popularity within the military. General Lee begins his second invasion of the North.

"The Signs Look Better": Victory at the Polls and in the Field: (July - November 1863): Lincoln's popularity changes for the better after the victories at Gettysburg, Vicksburg, and Port Hudson. In the armed forces, blacks protest against discrimination and whites protest against the draft. Missouri falls into a state of political and military turmoil as generals and local authorities refuse to cooperate with one another. The Union Army is defeated in Chickamauga. Lincoln gives the Gettysburg address.

"I Hope to Stand Firm Enough to Not Go Backward, and Yet Not Go Forward Fast Enough to Wreck the Country’s Cause": Reconstruction and Renomination: (November 1863 - June 1864): Military governors are appointed for Tennessee, North Carolina, Louisiana, Arkansas, and Texas in an effort to promote Reconstruction. A Tennessee congressman plans a parliamentary coup. Lincoln offers a plan for the reinstatement of the Southern states. The treasury secretary schemes to win the Republican presidential nomination. Lincoln hopes for a re-nomination.

©2009 Michael Burligame (P)2012 Gildan Media LLC
"Lincoln scholars have waited anxiously for this book for decades. Its triumphant publication proves it was well worth the wait. Few scholars have written with greater insight about the psychology of Lincoln. No one in recent history has uncovered more fresh sources than Michael Burlingame. This profound and masterful portrait will be read and studied for years to come." (Doris Kearns Goodwin)