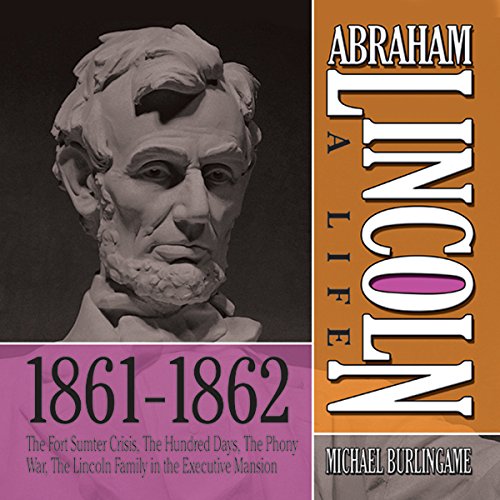 "You Can Have No Conflict Without Being Yourselves the Aggressors": The Fort Sumter Crisis (March - April 1861): Lincoln struggles with William Seward's thirst for power while the Fort Sumter question comes to the forefront of the nation's politics. To supply Fort Sumter would incite hostilities with the South and to desert Sumter would imply acknowledgment of the Confederacy. It is a decision that cannot be made lightly. As time goes by without a verdict, the North starts to question the strength of their government. Seizing the opportunity, Seward secretly begins negotiations with the South based on unfounded promises. Out of time, Lincoln makes a fateful decision.

"I Intend to Give Blows": The Hundred Days (April - July 1861): War has begun. Lincoln hesitates calling a session of Congress amidst fears of interference with the war effort. Needing to defend the capital, he calls for the Union militia. The brash proclamation offends many in the Upper South and Borderline States. A few refuse to allow troops to cross their borders, infuriating inhabitants in Washington. The wait for reinforcements begins. Measures are taken to prevent States from secession. The army, which has been neglected by Congress and state governments, has difficulty mobilizing due to corruption and neglect. Lincoln must explain his actions to a half formed Congress. Defeat at the battle of Bull's Run has unforeseen results.

"Sitzkrieg": The Phony War: (August 1861 - January 1862): A commander by the name of George B. McClellan is placed in complete control of the Union army. Snobbish and arrogant, he treats many in the White House with little respect, including the president. For six months, no offense is made from either side of the war. People grow impatient for action. In Missouri, Commander John Freemont attempts to rebel and establish an independent government. Two envoys from the Confederacy, bound for Great Britain, are captured by the Union. The affair leads to talks of a war with Britain. Lincoln begins to address the issue of slavery.

"This Damned Old House": The Lincoln Family in the Executive Mansion: The troublesome Lincoln children and the expensive taste of his wife bring difficulty to the functionality of the White House. Mary convinces Lincoln to give government positions to family and friends. Her manner and susceptibility towards flattery make it easy for others to take advantage. The First Lady soon becomes involved in scandal. One such a scandal involving monetary fraud and blackmail caused outrage throughout the capital. In midst of war, the public was unimpressed with the extravagancies of the White House while loyal soldiers marched in rags. Mary's luxurious lifestyle had the unfortunate effect of not only damaging her image, but her husband's as well.

©2009 Michael Burligame (P)2012 Gildan Media LLC
"The most meticulously researched Lincoln biography ever written. Burlingame's Lincoln comes alive as the author unfolds vast amounts of new research while breathing new life into familiar stories. It is the essential title for the bicentennial.... The book need not be heard in one sitting. Each part stands alone." ( Publishers Weekly)
"...a profound and masterful portrait." ( Doris Kearns Goodwin)

entire Burlingame series is not to be missed

Where does Abraham Lincoln: A Life 1861-1862 rank among all the audiobooks you’ve listened to so far?

This is one of the best long-play history/biography/nonfiction audiobooks I've listened to.

This Lincoln is not to be missed. The first half (first book volume) released early last year. And the second half (second book volume) this year. The author succeeds in bringing you into the time, if not day-by-day, close to that feeling. As if you are living it vicariously.