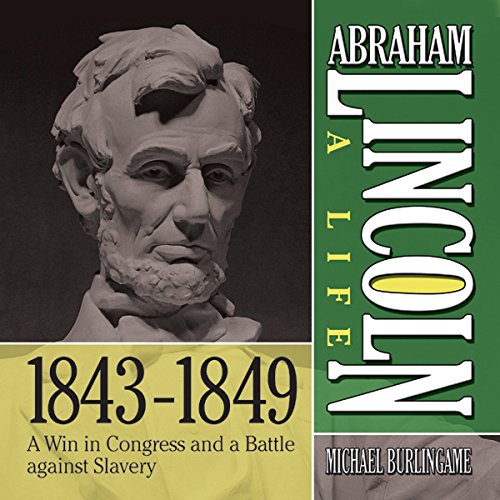 A Win in Congress and a Battle Against Slavery (1843-1849)
"I have got the preacher by the balls" - Pursuing a Seat in Congress (1843-1847)
This chapter begins with Lincoln's fight for a seat in congress against two other Whig candidates. This part of his life is notably marked by domestic disturbances, many of which shaped people's idea of Lincoln, the man. Taking a pro-tariff stance in his campaign, he is elected to congress in 1846. We learn of his affinity to poetry, which he avidly read and wrote, and see the development of the 'old Abe' archetype, which apparently stemmed from a casual nickname and stuck with him for the rest of his life.

"A strong but judicious enemy to slavery" - Congressman Lincoln (1847-1849)
As a member of congress the Lincolns move to Washington, which at the time could be described as a city dealing with both 'magnificence and squalor.' Lincoln became very popular for his wit and humor. His time in congress is marked by a very strong anti-Mexican War sentiment and a denunciation of President Polk, for which he was criticized. He battles for the Whig Party opinion that slavery should not spread to free territories and should be abolished where it exists.

©2009 Michael Burligame (P)2009 Gildan Media Corp
"Lincoln scholars have waited anxiously for this book for decades. Its triumphant publication proves it was well worth the wait. Few scholars have written with greater insight about the psychology of Lincoln. No one in recent history has uncovered more fresh sources than Michael Burlingame. This profound and masterful portrait will be read and studied for years to come." (Doris Kearns Goodwin)
"The most meticulously researched Lincoln biography ever written. Burlingame's Lincoln comes alive as the author unfolds vast amounts of new research while breathing new life into familiar stories. It is the essential title for the bicentennial." (Publishers Weekly)