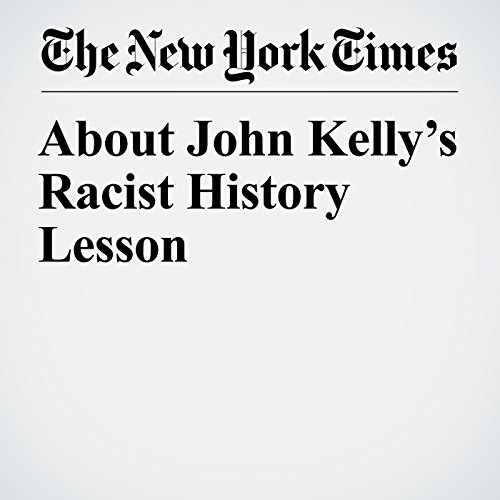 Many Americans projected their own feelings of disgust as they watched the White House chief of staff, John Kelly, seem to grimace while President Donald Trump spoke in August of the “very fine people” on both sides of white nationalist demonstrations to preserve Confederate monuments, in which a counterdemonstrator was murdered.

"About John Kelly’s Racist History Lesson" is from the November 01, 2017 Opinion section of The New York Times. It was written by The Editorial Board and narrated by Keith Sellon-Wright.