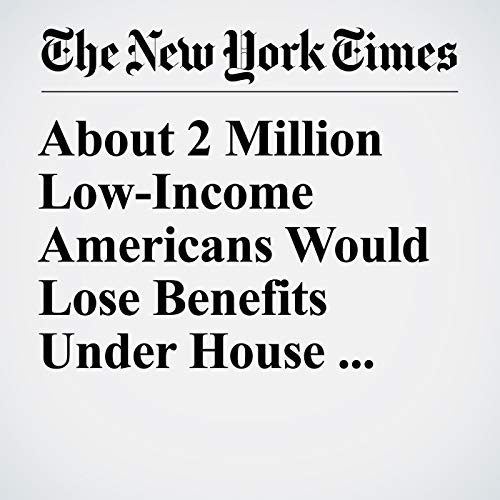 Nearly 2 million low-income Americans, including 469,000 households with young children, would be stripped of benefits under the House version of the farm bill being considered this week by congressional negotiators, according to an analysis by a nonpartisan research firm.

"About 2 Million Low-Income Americans Would Lose Benefits Under House Farm Bill, Study Says" is from the September 06, 2018 U.S. section of The New York Times. It was written by Glenn Thrush and narrated by Keith Sellon-Wright.