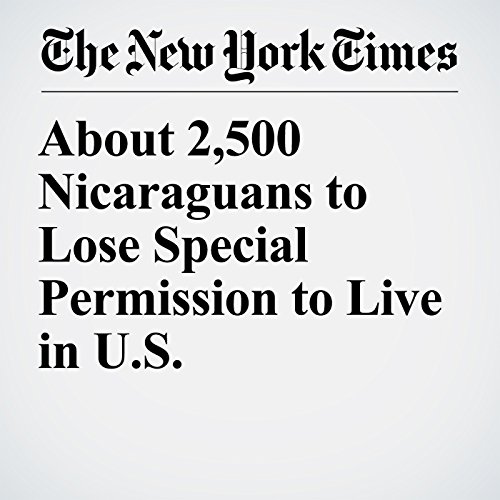 Thousands of immigrants from Nicaragua who came to the United States illegally, many of them decades ago, will lose special permission allowing them to stay in the country, the Trump administration said Monday.

"About 2,500 Nicaraguans to Lose Special Permission to Live in U.S." is from the November 06, 2017 U.S. section of The New York Times. It was written by Ron Nixon and narrated by Keith Sellon-Wright.