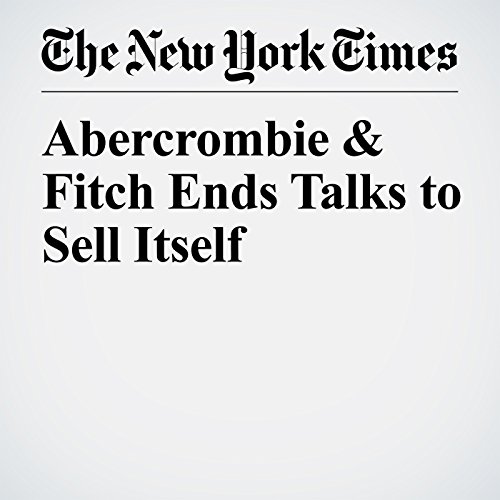 Abercrombie & Fitch, the fashion retailer that was once a must-have among teenagers, said Monday that it would end talks to sell itself.

"Abercrombie & Fitch Ends Talks to Sell Itself" is from the July 10, 2017 Business section of The New York Times. It was written by Chad Bray and narrated by Keith Sellon-Wright.