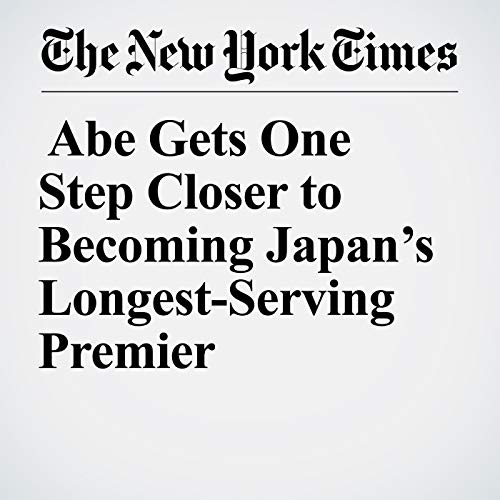 TOKYO — Prime Minister Shinzo Abe won a commanding victory in a vote for the leadership of Japan’s governing party Thursday, moving him closer to his dream of becoming the longest-serving prime minister in the country’s history and fueling his hopes of revising its pacifist constitution.

"Abe Gets One Step Closer to Becoming Japan’s Longest-Serving Premier" is from the September 20, 2018 World section of The New York Times. It was written by Motoko Rich and narrated by Kristi Burns.