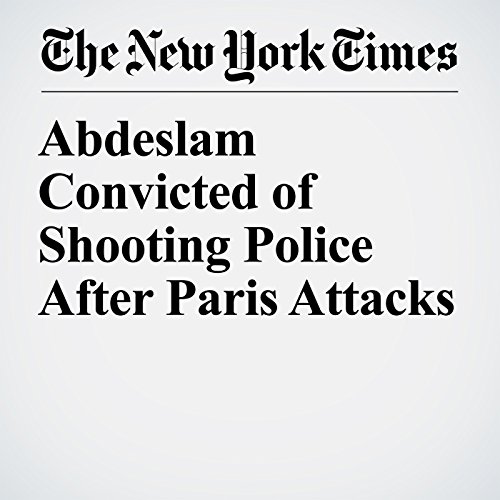 PARIS — Salah Abdeslam, who is believed to be the only surviving member of the group that carried out a series of coordinated attacks in and around Paris in 2015 and then in Brussels five months later, was convicted Monday and sentenced to 20 years in prisonfor shooting at the police in the Belgian capital while he was on the run.

"Abdeslam Convicted of Shooting Police After Paris Attacks" is from the April 23, 2018 World section of The New York Times. It was written by Alissa J. Rubin and Milan Schreuer and narrated by Keith Sellon-Wright.