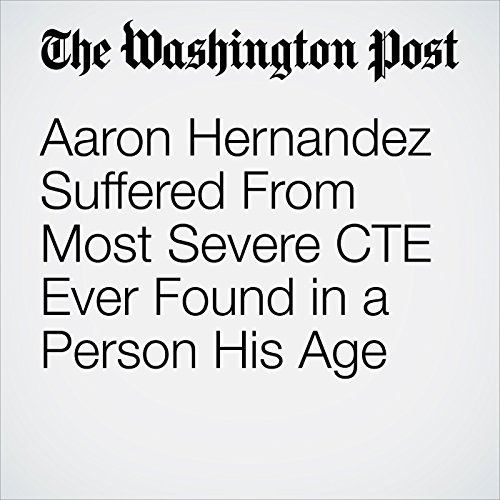 Aaron Hernandez suffered the most severe case of chronic traumatic encephalopathy ever discovered in a person his age, damage that would have significantly affected his decision-making, judgment and cognition, researchers at Boston University revealed at a medical conference Thursday.

"Aaron Hernandez Suffered From Most Severe CTE Ever Found in a Person His Age" is from the November 09, 2017 Sports section of The Washington Post. It was written by Adam Kilgore and narrated by Sam Scholl.