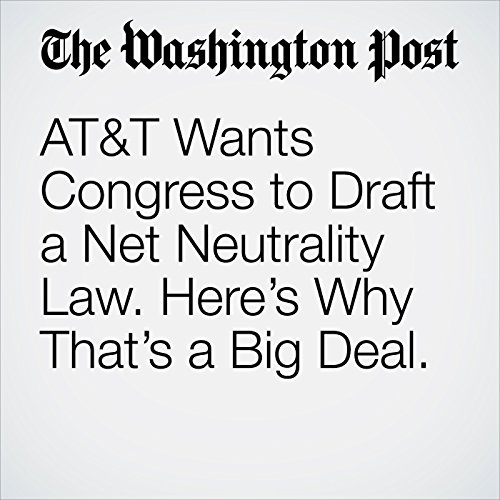 AT&T is calling on Congress for a national net neutrality law that would govern Internet providers and tech companies alike, which the telecom giant says would end a fractious, years-long debate over the future of the Web.

"AT&T Wants Congress to Draft a Net Neutrality Law. Here’s Why That’s a Big Deal." is from the January 24, 2018 Business section of The Washington Post. It was written by Brian Fung and narrated by Sam Scholl.