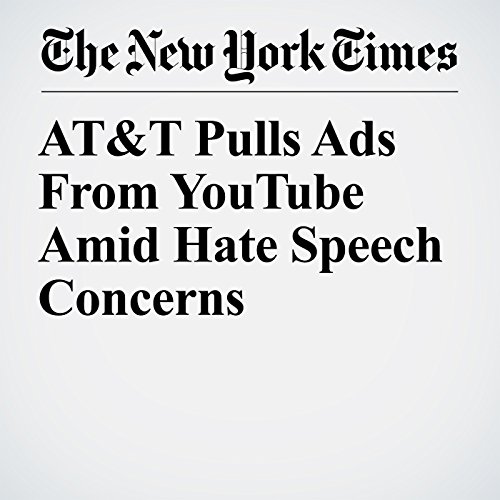 AT&T, among the biggest advertisers in the United States, was one of several companies to say Wednesday that it would stop its ads from running on YouTube and other Google properties amid concern that Google is not doing enough to prevent brands from appearing next to offensive material, like hate speech.

"AT&T Pulls Ads From YouTube Amid Hate Speech Concerns" is from the March 22, 2017 Business section of The New York Times. It was written by Sapna Maheshwari and Daisuke Wakabayashi and narrated by Fleet Cooper.