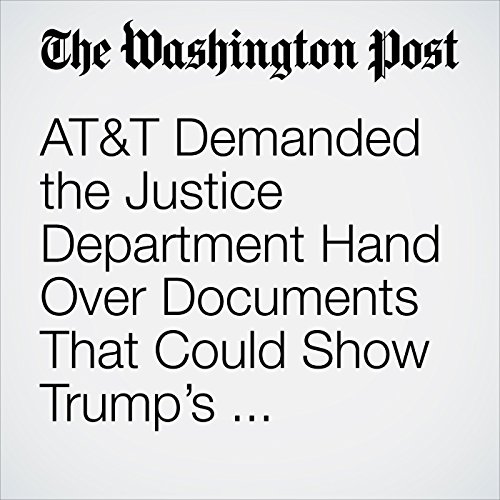 A federal judge has ruled against AT&T in its effort to force the Justice Department to reveal whether President Trump inappropriately interfered with a regulatory review of the telecom giant's $85 billion Time Warner merger.

"AT&T Demanded the Justice Department Hand Over Documents That Could Show Trump’s Influence Over the Time Warner Deal. A Judge Said No." is from the February 20, 2018 Business section of The Washington Post. It was written by Brian Fung and narrated by Sam Scholl.