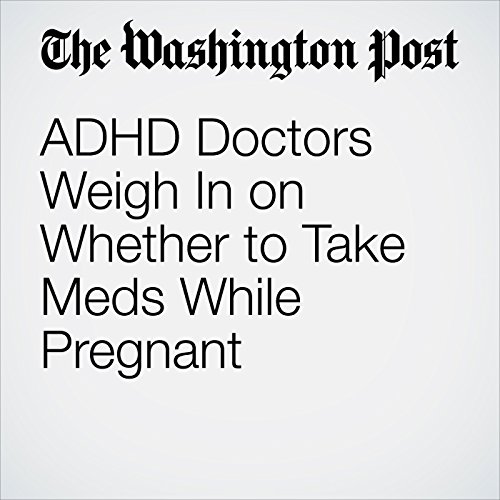 For women with Attention-deficit/hyperactivity disorder, life is already a daily struggle, and that’s without a baby growing inside. ADHD is caused by the brain’s inability to make enough of the neurotransmitters it needs, specifically dopamine and norepinephrine. So take that deficit and all the symptoms it brings, then add pregnancy brain. Throw in hormonal changes just for kicks. Then imagine your doctor telling you to go off medicine: the only thing keeping you together.

"ADHD Doctors Weigh In on Whether to Take Meds While Pregnant" is from the March 16, 2017 Health & Science section of The Washington Post. It was written by Terena Bell and narrated by Sam Scholl.