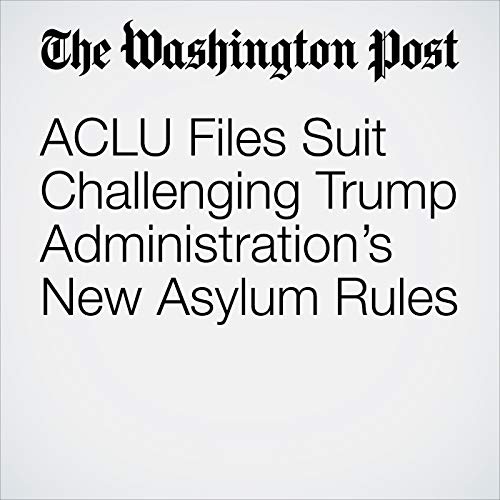 Fresh from a legal victory that forced the Trump administration to reunite families it had separated at the border, the American Civil Liberties Union filed a new lawsuit Tuesday that says the government is unfairly blocking thousands of migrants from seeking asylum in the United States.

"ACLU Files Suit Challenging Trump Administration’s New Asylum Rules" is from the August 07, 2018 National section of The Washington Post. It was written by Maria Sacchetti and narrated by Sam Scholl.