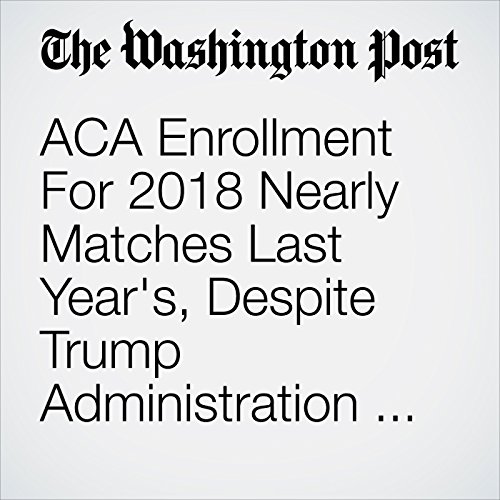 More than 8.8 million Americans signed up for Affordable Care Act health plans for 2018 in the 39 states relying on the federal HealthCare.gov website, an unexpectedly robust turnout that approaches the 2017 total, despite an enrollment season cut by half and other moves by the Trump administration to undermine the law's insurance marketplaces.

"ACA Enrollment For 2018 Nearly Matches Last Year's, Despite Trump Administration Efforts to Undermine It" is from the December 21, 2017 National section of The Washington Post. It was written by Amy Goldstein and narrated by Jenny Hoops.