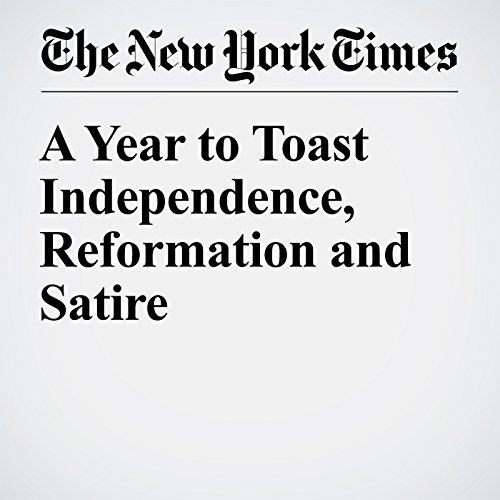 Political unions, milestones related to deceased authors and the commemoration of one major religious event highlight the 2017 anniversary calendar.

"A Year to Toast Independence, Reformation and Satire" is from the January 08, 2017 Travel section of The New York Times. It was written by Elaine Glusac and narrated by Keith Sellon-Wright.