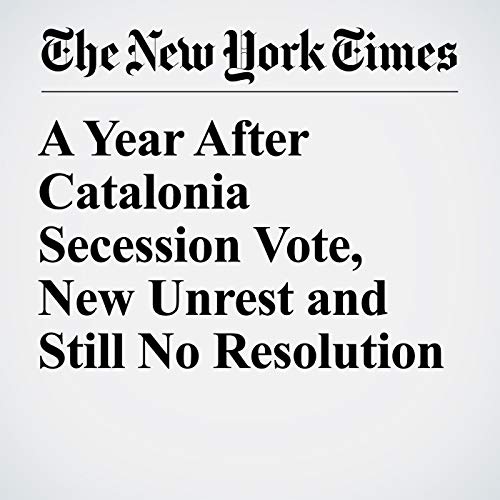 MADRID — Catalan activists on Monday marked the anniversary of their disputed independence referendum by blocking train tracks and roads across Spain’s restive northeastern region, underlining how charged the conflict over separatism remains.

"A Year After Catalonia Secession Vote, New Unrest and Still No Resolution" is from the October 01, 2018 World section of The New York Times. It was written by Raphael Minder and narrated by Kristi Burns.