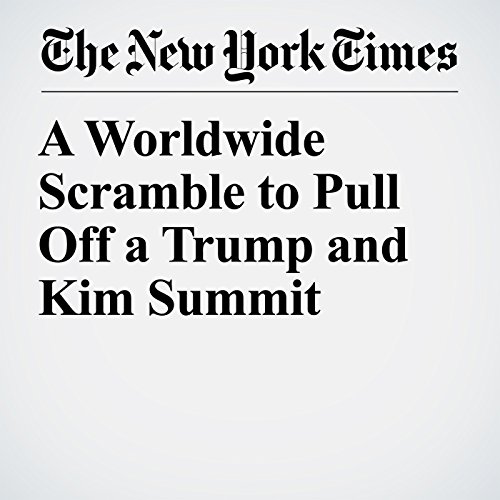 A Worldwide Scramble to Pull Off a Trump and Kim Summit

TOKYO — Ever since President Donald Trump pulled out of planned talks with Kim Jong Un, the leader of North Korea, officials from both countries have been scrambling to salvage the summit meeting and keep it on track for June 12 in Singapore.

"A Worldwide Scramble to Pull Off a Trump and Kim Summit" is from the May 30, 2018 World section of The New York Times. It was written by Motoko Rich and narrated by Fleet Cooper.