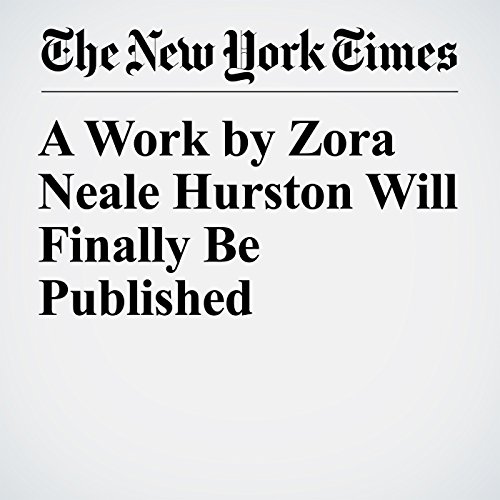 In spring 1931, Zora Neale Hurston finished her first book, a 117-page manuscript titled “Barracoon.” It told the true story of Cudjo Lewis, an Alabama man who was believed to be the last living person captured in Africa and brought to America on a slave ship.

"A Work by Zora Neale Hurston Will Finally Be Published" is from the May 03, 2018 Entertainment section of The New York Times. It was written by Alexandra Alter and narrated by Barbara Benjamin-Creel.