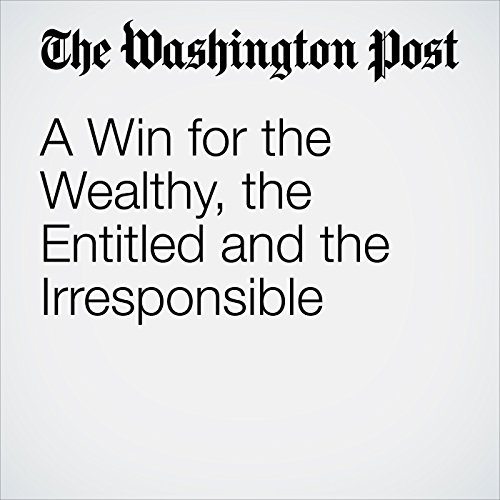 Republicans in Congress passed a huge tax bill Wednesday, in what is being hailed as a major win for President Trump and his party. In time, however, it very likely will be remembered as an ignominious moment for Republicans.

"A Win for the Wealthy, the Entitled and the Irresponsible" is from the December 20, 2017 Opinion section of The Washington Post. It was written by Editorial Board and narrated by Sam Scholl.

Cosa pensano gli ascoltatori di A Win for the Wealthy, the Entitled and the Irresponsible