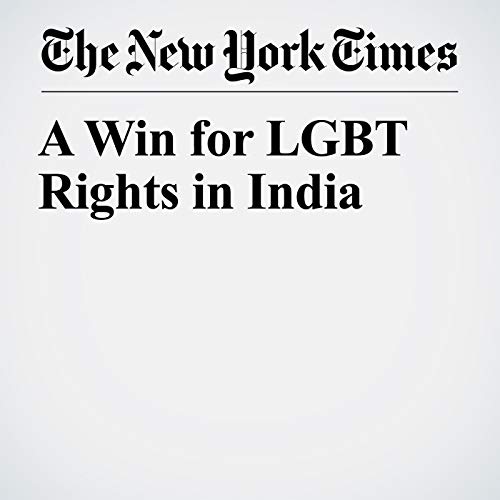 A Win for LGBT Rights in India

There are many reasons to find fault with modern India. The grinding poverty. The crippling caste system. A culture in which sexual attacks against women often go unpunished. The rise of Hindu extremists obsessed with demonizing Muslims. A political system that often fails to address these challenges.

"A Win for LGBT Rights in India" is from the September 20, 2018 Opinion section of The New York Times. It was written by The Editorial Board and narrated by Mike DelGaudio.