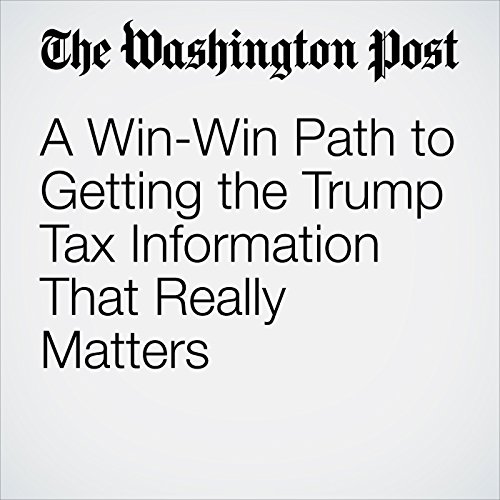 As others have explained, Congress’s Joint Committee on Taxation, composed of the senior tax writers from the two political parties in both the House and the Senate, has the authority to examine the president’s tax returns in closed session. The committee can then report its findings or release those returns to the Congress as a whole (and thereby the public). The tax code is clear on this.

"A Win-Win Path to Getting the Trump Tax Information That Really Matters" is from the February 22, 2017 Opinion section of The Washington Post. It was written by Mihir Desai and Edward Kleinbard and narrated by Sam Scholl.