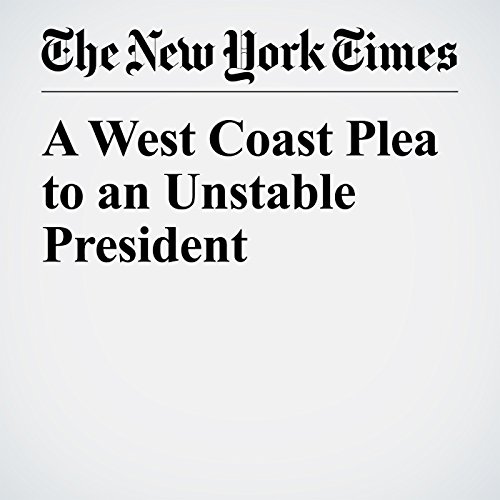 You may very well hate us. After all, you were rejected by a margin of nearly 5 million votes in the three states on the West Coast mainland, where more than 1 in 7 Americans live. We are the reason you lost the national popular vote by such a historic margin. Since you’ve been president, you’ve never set foot in our time zone.

"A West Coast Plea to an Unstable President" is from the August 11, 2017 Opinion section of The New York Times. It was written by Timothy Egan and narrated by Mike DelGaudio.