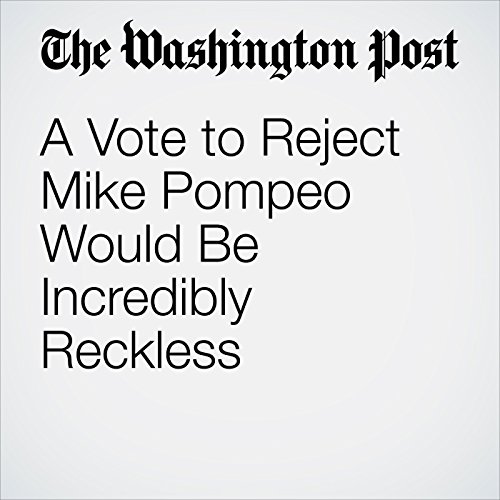 A Vote to Reject Mike Pompeo Would Be Incredibly Reckless

When the full Senate votes on CIA Director Mike Pompeo’s nomination to be secretary of state this week, the choice in front of every senator will be much more significant than a typical confirmation vote.

"A Vote to Reject Mike Pompeo Would Be Incredibly Reckless" is from the April 23, 2018 Opinion section of The Washington Post. It was written by Hugh Hewitt and narrated by Sam Scholl.