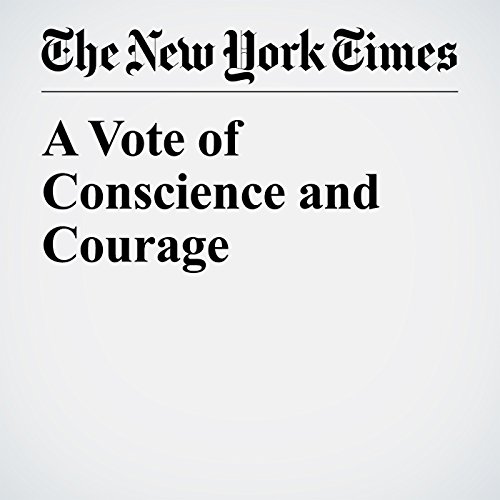 Republican or Democrat, they see themselves as public servants — their preferred term for politicians — trying to make life better for their fellow Americans. Sure, when they’re being honest, they admit that they enjoy the power and perks. But even with all the cynicism Washington engenders, senators still take pride in the high ideals of politics.

"A Vote of Conscience and Courage" is from the June 26, 2017 Opinion section of The New York Times. It was written by David Leonhardt and narrated by Kristi Burns.