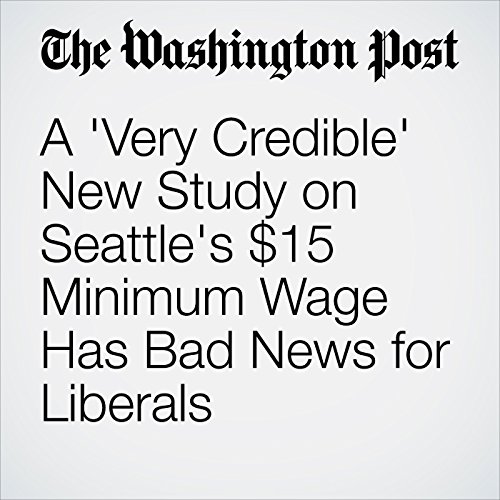 When Seattle officials voted three years ago to incrementally boost the city's minimum wage up to $15 an hour, they'd hoped to improve the lives of low-income workers. Yet according to a major new study that could force economists to reassess past research on the issue, the hike has had the opposite effect.

"A 'Very Credible' New Study on Seattle's $15 Minimum Wage Has Bad News for Liberals" is from the June 26, 2017 Wonkblog section of The Washington Post. It was written by Max Ehrenfreund  and narrated by Sam Scholl.