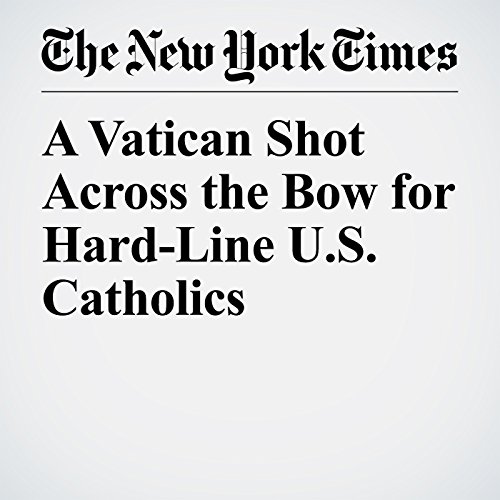 Two close associates of Pope Francis have accused American Catholic ultraconservatives of making an alliance of “hate” with evangelical Christians to back President Donald Trump, further alienating a group already out of the Vatican’s good graces.

"A Vatican Shot Across the Bow for Hard-Line U.S. Catholics" is from the August 02, 2017 World section of The New York Times. It was written by Jason Horowitz and narrated by Caroline Miller.