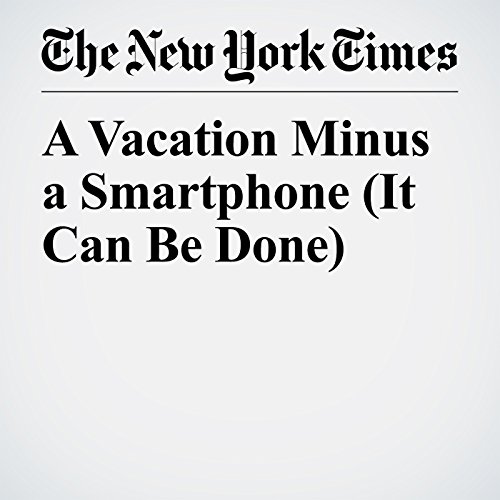 Two weeks ago, my smartphone shut down because of a low battery as I was about to board a flight to Europe. That seemed odd, given that I had barely used it that day. I plugged it in on the plane, but seven hours later, it still wasn’t functioning. When I arrived at my hotel I tried a different charger, to no avail. The phone was dead — terminally so, it turned out.

"A Vacation Minus a Smartphone (It Can Be Done)" is from the October 19, 2017 Business section of The New York Times. It was written by James B. Stewart and narrated by Barbara Benjamin-Creel.