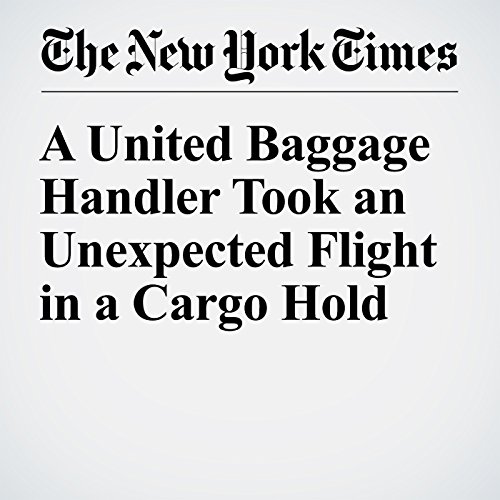 Reginald Gaskin normally just loads the suitcases or packages onto aircrafts at the North Carolina airport where he works as a baggage handler. But on Sunday, he ended up being taken for a ride after a regional flight took off with him still inside the cargo hold. He emerged — unharmed — over an hour later in another state.

"A United Baggage Handler Took an Unexpected Flight in a Cargo Hold" is from the January 03, 2017 Business section of The New York Times. It was written by Christine Hauser and narrated by Kristi Burns.