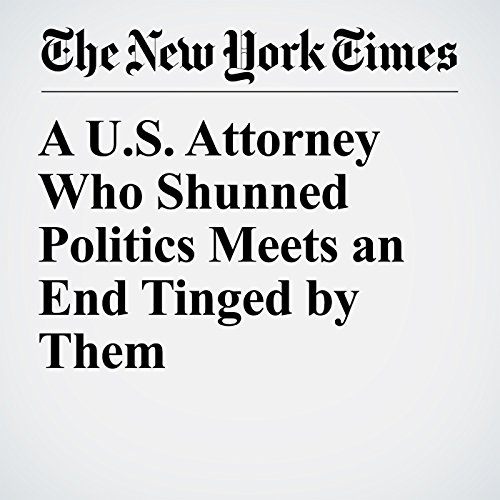 Ten days into his tenure as U.S. attorney in Manhattan, Preet Bharara saw his political and prosecutorial worlds collide.

"A U.S. Attorney Who Shunned Politics Meets an End Tinged by Them" is from the March 12, 2017 U.S. section of The New York Times. It was written by Benjamin Weiser, Ben Protess, Matthew Goldstein and William K. Rashbaum and narrated by Barbara Benjamin-Creel.