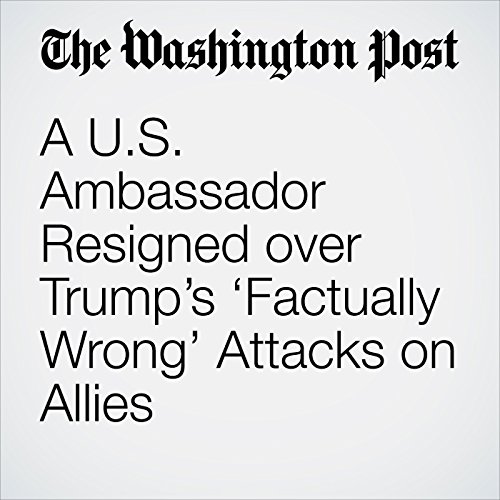 The U.S. ambassador to Estonia — a NATO ally bordering Russia — abruptly resigned Friday, telling friends that he cannot abide President Trump's apparent hostility toward institutions that have stabilized Europe since the end of the Cold War.

"A U.S. Ambassador Resigned over Trump’s ‘Factually Wrong’ Attacks on Allies" is from the June 30, 2018 World section of The Washington Post. It was written by Avi Selk and narrated by Sam Scholl.