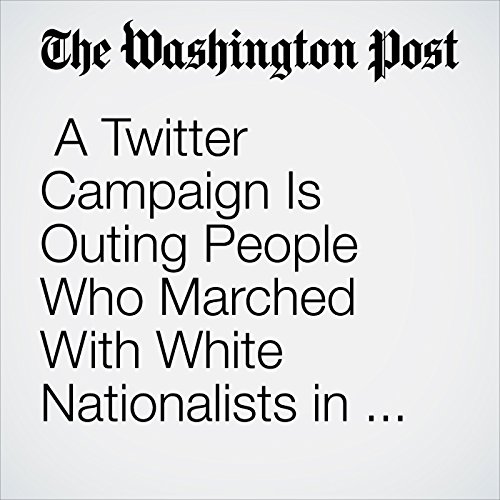 A campaign to name and shame people who marched at a bloody right-wing rally in Charlottesville has so far prompted two universities to condemn white supremacy — even as the outed students defend their decisions to attend.

"A Twitter Campaign Is Outing People Who Marched With White Nationalists in Charlottesville" is from the August 14, 2017 The Intersect section of The Washington Post. It was written by Avi Selk and narrated by Sam Scholl.