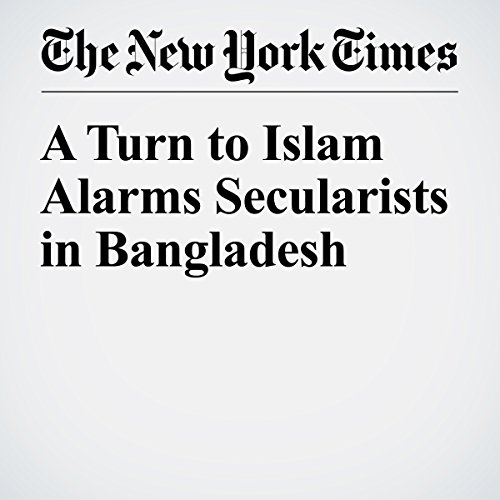 Bangladesh’s Education Ministry was preparing to print the 2017 editions of its standard Bengali textbooks when a group of conservative Islamic religious scholars demanded the removal of 17 poems and stories they deemed “atheistic.”

"A Turn to Islam Alarms Secularists in Bangladesh" is from the January 22, 2017 World section of The New York Times. It was written by Ellen Barry and Julfikar Ali Manik and narrated by Caroline Miller.