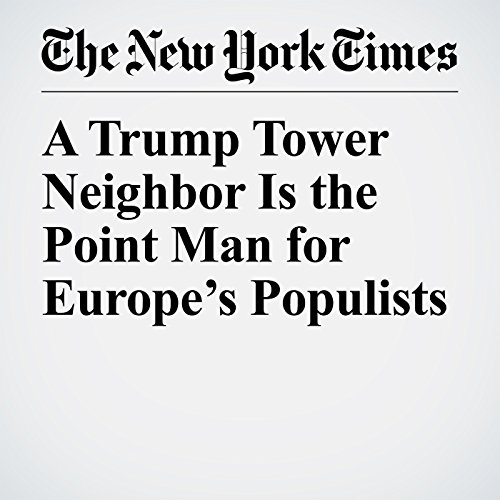 "A Trump Tower Neighbor Is the Point Man for Europe’s Populists" is from the April 14, 2017 World section of The New York Times. It was written by Jason Horowitz and narrated by .