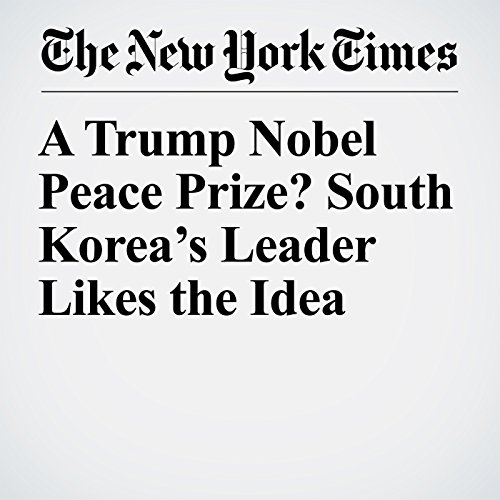 "A Trump Nobel Peace Prize? South Korea’s Leader Likes the Idea" is from the April 30, 2018 World section of The New York Times. It was written by Choe Sang Hun and narrated by Keith Sellon-Wright.