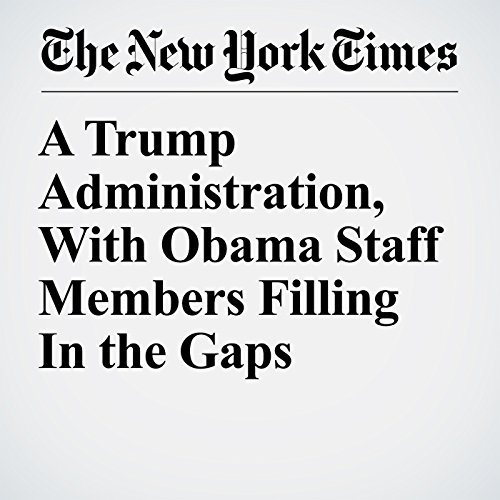 In all, Trump has named only 29 of his 660 executive department appointments, according to the Partnership for Public Service, which has been tracking the process. That is a pace far slower than recent predecessors, falling far short of the schedule originally outlined by Gov. Chris Christie of New Jersey, who was Trump’s transition director before Trump ousted him 10 weeks ago.

"A Trump Administration, With Obama Staff Members Filling In the Gaps" is from the January 19, 2017 U.S. section of The New York Times. It was written by Maggie Haberman and Glenn Thrush and narrated by Caroline Miller.