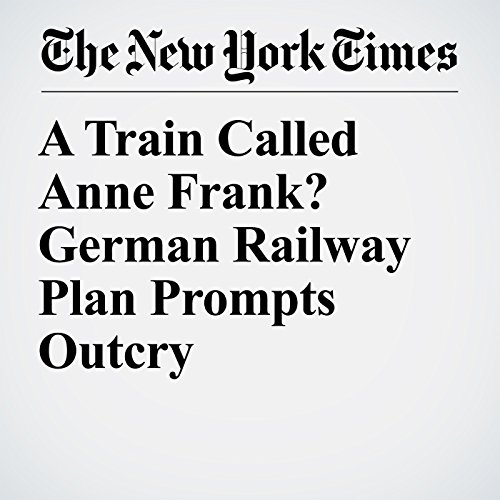 Toward the end of 1944, after the Gestapo raided the Amsterdam canal house where they had hidden, Anne Frank and her family were crammed into a cattle wagon on a train bound for Auschwitz.

"A Train Called Anne Frank? German Railway Plan Prompts Outcry" is from the October 31, 2017 World section of The New York Times. It was written by Dan Bilefsky and narrated by Keith Sellon-Wright.