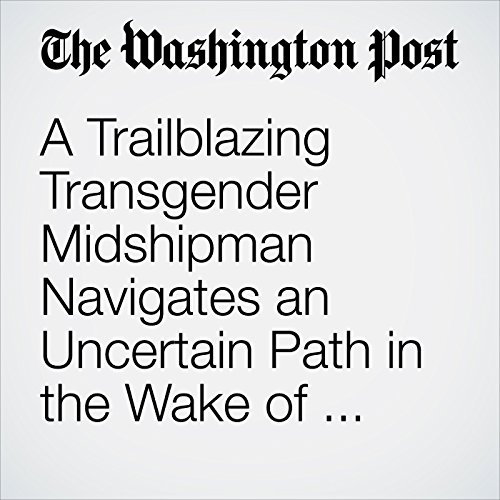 A Trailblazing Transgender Midshipman Navigates an Uncertain Path in the Wake of Trump's Tweet.

On Wednesday, a few hours after President Trump announced, via Twitter, that he would ban transgender people from serving in the military, U.S. Naval Academy midshipman Regan Kibby drove to a nearby gym. In the locker room, he opened his bag and pulled out a T-shirt emblazoned with the word “Navy” and the academy’s mascot, Bill the Goat. Then he started to cry.

"A Trailblazing Transgender Midshipman Navigates an Uncertain Path in the Wake of Trump's Tweet." is from the July 28, 2017 Style section of The Washington Post. It was written by Maia Silber and narrated by Sam Scholl.