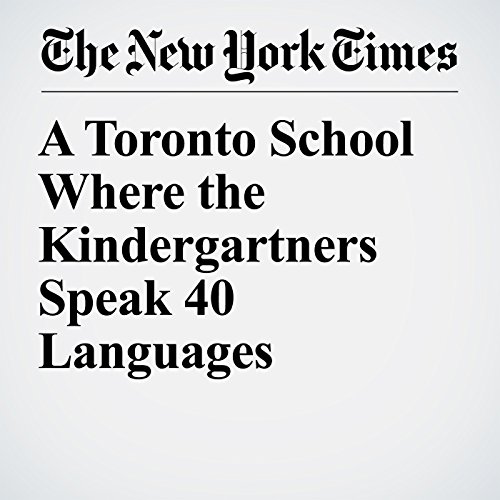 TORONTO — Amna’s first language was Urdu. Her friend Talyah’s was Arabic.But the other day in the corner of a classroom, they spoke English in between giggles, while spilling marbles into a funnel.

"A Toronto School Where the Kindergartners Speak 40 Languages" is from the June 29, 2018 World section of The New York Times. It was written by Catherine Porter and narrated by Barbara Benjamin-Creel.