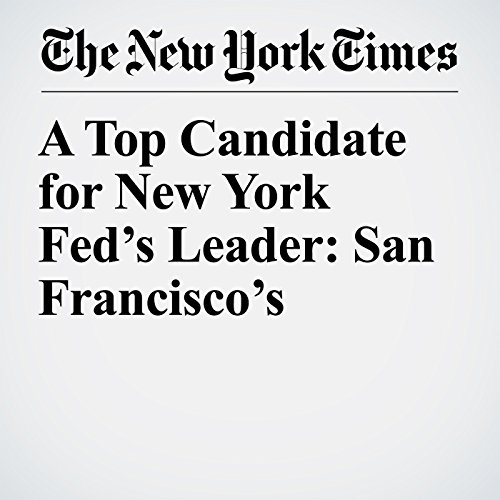 John C. Williams, an economist and longtime Federal Reserve official, is a top candidate for president of the Federal Reserve Bank of New York, according to two people familiar with the search process.

"A Top Candidate for New York Fed’s Leader: San Francisco’s" is from the March 25, 2018 U.S. section of The New York Times. It was written by Ben Casselman and narrated by Barbara Benjamin-Creel.